Bennet released an ad Thursday attempting to paint O’Dea as someone who wants to ban all abortion. However, O’Dea, to the chagrin of some Colorado Republicans , is far more pro-choice than much of his party.

“Michael Bennet has always fought for a woman’s right to make her own healthcare decisions, but Joe O’Dea opposes the law protecting abortion access in Colorado,” one Coloradan said in Bennet’s ad. “O’Dea would have voted to confirm Trump’s Supreme Court justices who overturned Roe v. Wade,” another person says.

“It’s just not true,” O’Dea said of Bennet’s ad in an exclusive interview with Fox News Digital Thursday, repeating his position that he opposes late-term abortions but believes that early in a pregnancy, a woman’s decision to terminate should be “between her, her doctor, and her God.” He also opposed the Supreme Court’s decision in Dobbs v. Jackson Women’s Health, which overturned nearly 50 years of legal precedent protecting abortion as a constitutional right.

O’Dea told a crowd of around 50 supporters, gathered in a Denver office park, that he had Bennet “right where we want him” and was bullish about his chances in November.

Bennet’s ad arrived the same day Cook Political Report moved the Colorado Senate race from “Likely Democrat” to “Lean Democrat,” just one step away from being a toss-up.

O’Dea did oppose a recent Colorado law that enshrined unrestricted abortion access into law, as Bennet’s ad claims, but only because he thought the law went too far. Bennet’s campaign did not respond to Fox News’ request for comment.

One Republican who disagrees with O’Dea on abortion is Rep. Dan Crenshaw , R-Texas, who stumped for O’Dea at the Denver event.

“This has become one of the best pickup opportunities, surprisingly, right here in Colorado,” Crenshaw told Fox. In a cycle that early on favored Republicans, the map has shifted as polls out of Georgia, Pennsylvania, Wisconsin and other key swing states have shown voters leaning toward the Democratic candidates . 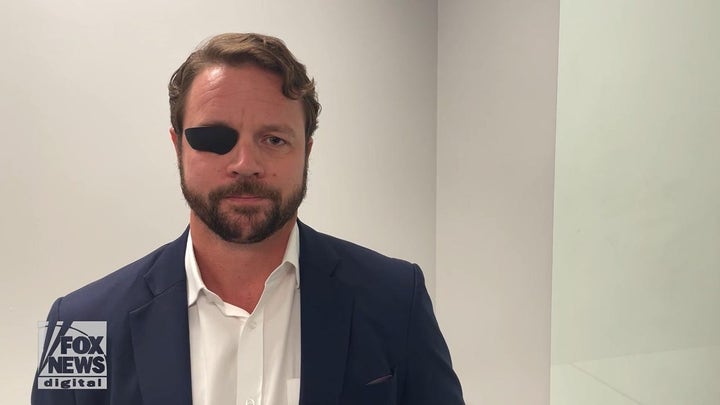 “You’ve got to have the right candidate,” Crenshaw said of the shift in the GOP’s Senate prospects. “Each candidate has to run their own race and speak to the voters in their state.”

O’Dea won the GOP primary against Ron Hanks, a strong supporter of former President Trump and his claims that the 2020 election was stolen. Hanks was also the top pick at the state party’s annual convention. O’Dea collected signatures to petition getting on the ballot and did not go through the state GOP’s convention nominating process.

A businessman and construction company owner, O’Dea presents himself as a moderate Republican with the aim of governing on policy, in contrast to members of the GOP whom Crenshaw said campaign on being “fighters” but do not take responsibility once elected.

“Nine times out of 10, the people who think they are fighters are really just fighting for their attention. That’s not a fighter,” Crenshaw said. He said it’s a “dirty little secret” that “a lot of people on the right who consider themselves fighters that have no intention of winning. Because if you win in politics, you have to have some responsibility, you have to actually solve some problems and that doesn’t fit within their brand.”

“Fight for what? Fight for your attention and fundraising dollars, that’s what they’re fighting for,” Crenshaw said.

Crenshaw did not name any Republicans, but said the left started a “currency of grievance and anger” that the “far right” has adopted, opting to be “disrupters and contrarians” instead of winning majorities and achieving policy goals. “Politics, if you’re going to win, you have to persuade people,” Crenshaw said.

Crenshaw’s statements came in response to a question from the event’s moderator, libertarian radio show host Ross Kaminsky, said he often has callers complain that they do not want someone to be bipartisan, but want a “fighter who will go kill the Democrats.”

“I think that’s partly what’s wrong with our society today, they want to have winners and losers,” O’Dea replied. He said running a construction company in Denver has taught him to be able to find common ground and work with Democrats.

“Anytime you can weigh ideas from both sides, you make good policy. If you’re trying to win or a loss on someone, it never works out because ultimately it will come back to bite you,” he added.

Thomas Phippen is an Editor at Fox News.

Colorado Senate shakeup: Joe O'Dea responds to Sen. Bennet's abortion attack ad as Democrat loses steam have 1925 words, post on www.foxnews.com at August 19, 2022. This is cached page on USA Breaking News. If you want remove this page, please contact us.