For the first time since 2017 and that earth-shattering €222million move from Barcelona, PSG are in a Champions League knockout match where you can honestly say their destiny lies at the Brazilian’s feet.

Everything is going through him. His shots aren’t finding their target, the nerves are looking a little frayed, but still they get the ball to Neymar at every opportunity. 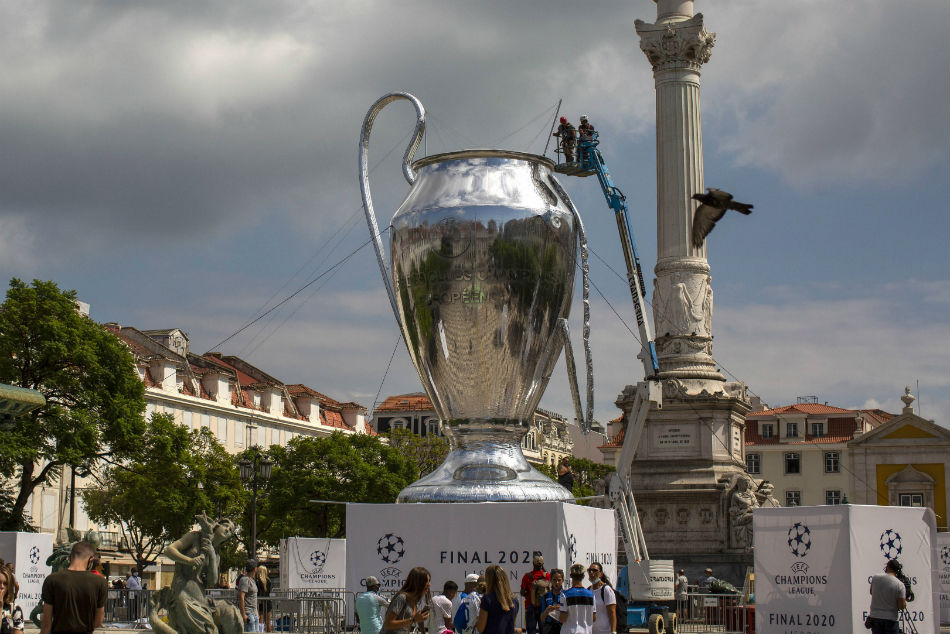 By the end of the match, he will have had 117 touches of the ball, nearly double the tally of anyone else on the pitch; contested 33 duels, 16 more than any other player; attempted 49 passes in the Atalanta half, more than Kylian Mbappe, Mauro Icardi, Pablo Sarabia, Julian Draxler and Eric Maxim Choupo-Moting combined; completed 16 dribbles, the most in a Champions League knockout match since 2008; created four chances, and forced both goals.

Dazzling at times, frustrating at others, this performance reminded us – if we needed to be – that Neymar has the talent to bring any match under his spell. He can swing the scoreline in his side’s favour even when his name is not on it. He can be kicked across the pitch and still apply the perfect touch at the perfect time, whether that is the weighted pass to Mbappe to set up Choupo-Moting’s winner against Atalanta or the astonishing flick to Angel Di Maria for PSG’s second in the semi-final victory over RB Leipzig.

24 – Neymar has delivered 24 assists in the Champions League since his first game in September 2013 – at least 4 more than any other player in the competition over this period (Cristiano Ronaldo – 20). Generous. pic.twitter.com/rLcJNfP4Mk

Such authority over a football match is a rare quality. It’s something Lionel Messi has had at Barcelona, and why his was the name sung loudest after the famous 6-1 ‘remontada’ against PSG three years ago, even though Neymar scored two and set up the winner. PSG saw it in Messi’s understudy; it’s why they obliterated the world transfer record to bring him to Paris in their quest for the Champions League trophy. At last, it looks like he can deliver it.

He is one of the few PSG players with Champions League pedigree, of course: he won it back in 2015, scoring Barca’s third against Juventus in the final. Di Maria and Keylor Navas are the only other members of PSG’s squad in Portugal to have lifted the trophy, and the latter could miss Sunday’s showdown with Bayern Munich through injury.

16 – Neymar completed 16 dribbles against Atalanta, the best tally for a player in a single Champions League game since Lionel Messi with Barcelona against Manchester United in April 2008 (also 16). Show. pic.twitter.com/3abvW3yXVA

If Neymar does find his shooting boots again, he will be just the third player, after Cristiano Ronaldo and Mario Mandzukic, to score in the final for two different teams. His tally for PSG stands at 14 goals and nine assists in 19 matches in the competition, while his all-time record shows he has been involved in 59 goals (35 scored, 24 assisted) in 50 Champions League appearances.

It’s a record any player would be proud of, but Neymar is not just any player. He is the nine-figure poster boy of Qatar’s PSG project, the star signed to win the biggest prize but who has missed crucial knockout games against Real Madrid and Manchester United with injury, been booed by his own fans and accused of putting sponsor events and sibling birthday parties above his day job.

His agent, Wagner Ribeiro, admitted to Placar this week that Neymar previously really had wanted to go back to Spain, to Barca or Real Madrid, but “not today – you can see how happy he is”. He certainly seems so compared to Messi, who looked shrouded in his own cloud of doom as he ambled through Barca’s 8-2 evisceration by Bayern.

It’s hard to see Neymar ever being considered an unqualified success at PSG, and nor should he be. This is their first Champions League final since QSI took over in 2011, and just the second in the club’s history. Even if PSG do win – and Bayern are certainly favourites – the reaction will still centre on why one of football’s most illustrious projects has taken so long to land the most coveted trophy.

But victory in Lisbon would redeem Neymar in the eyes of some hitherto-unconvinced fans. It would vindicate PSG’s €222m gamble (in their own eyes, at least) and Neymar’s decision to chase a legacy away from Messi’s shadow. It might even bring about the Ballon d’Or when the trophy returns in 2021.

It’s remarkable pressure on one man in one game, but you feel as though Neymar can handle it. At last, he is the go-to player in the biggest game in PSG history, and a man comfortable in his surroundings. To quote Ribeiro, Neymar is: “Living in the ‘City of Light’, where everyone wants to go for a stroll, enjoying French cuisine, living in a beautiful house, friends and family nearby, playing for one of the best clubs with everything a person could need or like…”

Get breaking news alerts.
Allow Notifications
You have already subscribed

The €222m Champions League final: Why Neymar is ready to deliver PSG's ultimate prize at last have 2095 words, post on www.mykhel.com at August 22, 2020. This is cached page on USA Breaking News. If you want remove this page, please contact us.