Quote of the Day :

"He has certain racial blind spots he has to address."

— Sunny Hostin , ABC's "The View" Monday referring to presidential hopeful Joe Biden . Co-host Meghan McCain argued that if you're going to hit Biden for eulogizing the late Sen. Robert Byrd (D-West Virginia), you're going to have to hit former President Obama too. 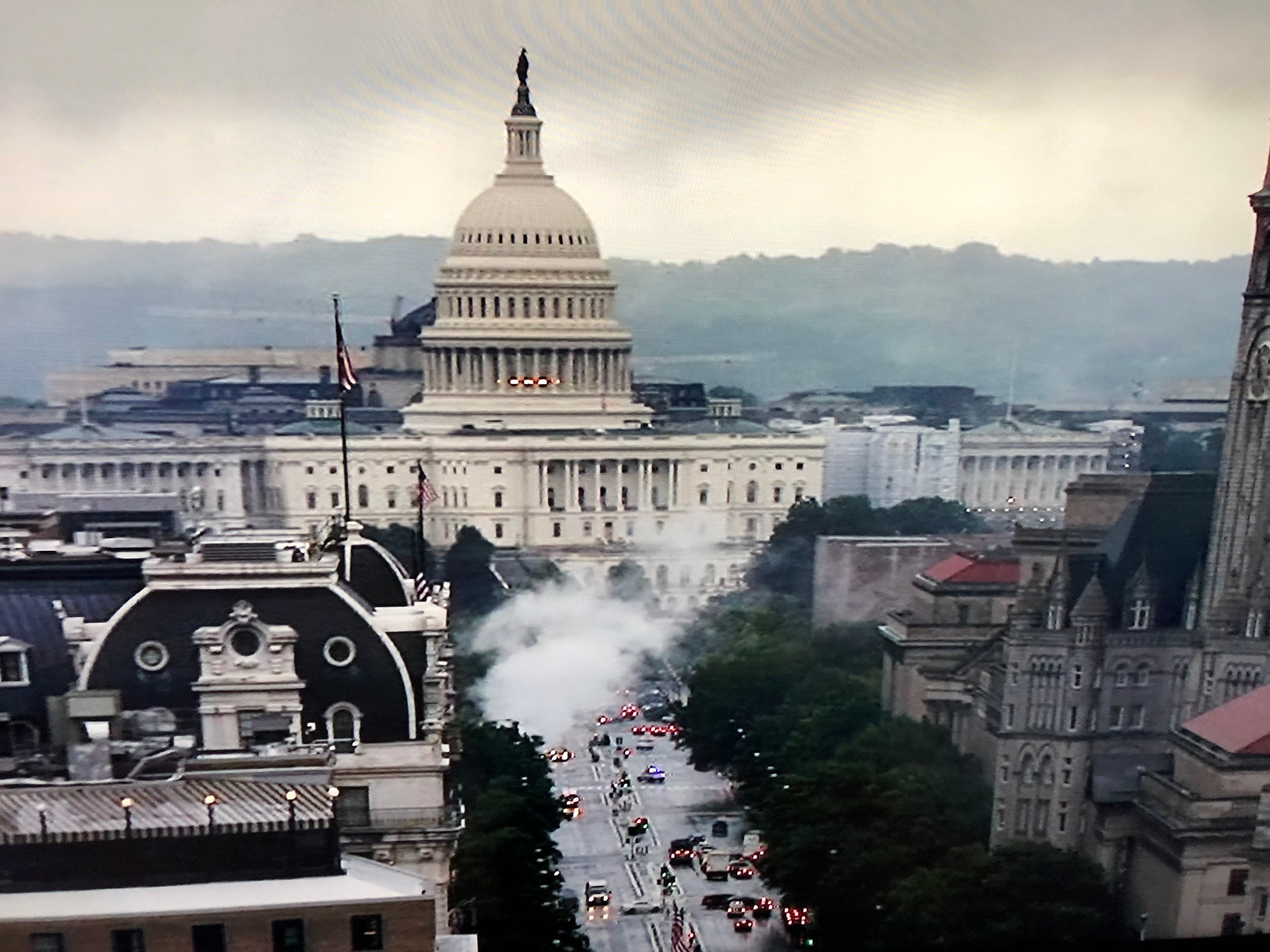 Even the White House basement is flooding…

It's official: The White House basement is flooding. pic.twitter.com/f1DR6awE89

"For the record, I'm working on the audio version of this story while my water is breaking. This is how dedicated we are at @wamu885, folks. Become a member today!" — Ally Schweitzer , WAMU, the Washington area NPR station. Just after noon Monday, she added, "I'm off to the hospital. Maternity leave starts now, I guess? Thanks for all the supportive tweets, everybody!"

Dear Readers: I've been away for a few weeks. Some of these are quotes from the last few weeks that I could not resist showing you. — Betsy

CNN's Cillizza puts in a plug for CNN

Chris Cillizza : "LOVE. This is why CNN is the best."

"CNN is going to host a live drawing on July 18 to determine the lineups for its Dem primary debates (fun!), per @KateSullivanDC. No details yet on how the draw will be conducted — remember NBC split candidates into two groups before randomly dividing them." — Zach Montellaro , Politico .

"Tomorrow I'm going unfollow almost everyone who doesn't follow me back. Because my feed is too busy and I value two way relationships over one way. But if you're reading this you probably already follow me. " — Raheem Kassam , editor, Human Events .

"I don't usually do this but the wife has a doctor's appointment to get her eyes checked and I could really use some prayers that it goes poorly and she needs glasses. #Hot" — Jesse Kelly , senior contributor to The Federalist , self-described "Greek God."

"@Alyssa Milano I for one am glad you went, by any means of transportation!" — Nicholas Kristoff , NYT .

"I still can't get Alyssa Milano showing up in a chauffeured luxury car with her smartphone to visit poor migrant children. That's just peak 2019 Hollywood "activism." I wonder if she brought enough avocado toast and LaCroix for the planned photo-op." — Brittany Hughes , managing editor, MRCTV.

Milano didn't see what the big deal was : "I'm confused. I am not from here therefore, I took a car service. I had zero control over what kind of car they sent to pick me up. Regardless, does my means of transportation to get to the detention center undermine the devastation I witnessed? Should I have had a flip phone?"

"The Bannon diet: Bourbon for breakfast and lunch and a sensible dinner of a bowl of scabs." — Quinn Cummings , ghostwriter, host of the podcast "Quinn Cummings Gives Bad Advice."

"Dear US Women's Soccer Team: play the US Men's team in an exhibition game to prove that you do equal play. I'm serious. It's time for this equality notion to be exposed. Men and women need to compete against each other to remind women of just how weak they are compared to men." — Denise McAllister , ex-contributor, The Federalist .

NYT columnist stuffs his face on the French Riviera

"I went to Cannes to party with the ad industry. The beaches were topless, the rosé was bottomless, the expense accounts endless. I managed to write a column: The global economy runs on parties. The robots may take over, but schmoozing will never die." — Farhad Manjoo , NYT .  Read his column here .

"The New Republic is hiring an Inequality Editor; 'This is a part-time role, requiring 29.5 hours per week, and does not include benefits.’" — Tom Gara , opinion editor, BuzzFeed News .

"Just saw a tiktok where a teen removed her eyeball and I'm already done for the week." — Gene Park , social media, WaPo.

A Note On Writing : "Too much writing today beats you over the head with how the writer thinks you're supposed to feel about whatever it is the writer is writing about. This is a great piece celebrating writing that is not like that." — Josh Barro , New York Mag. This is the story he's talking about.

Talk show host Wendy Williams opens up about the new man in her life. And no, it's not the convicted felon she was dating earlier this summer. Here .

Famed women's rights attorney Gloria Allred has The Mueller Report at the top of her summer reading list. Politico Mag did a roundup of what pols (and other bigwigs) are reading. Many of the books are very snoozworthy, but these are politicians. Keep your expectations low. Here .

Morning Mirror: Local Reporter’s Water Breaks Amid D.C. Flood Alerts have 2157 words, post on dailycaller.com at July 8, 2019. This is cached page on USA Breaking News. If you want remove this page, please contact us.